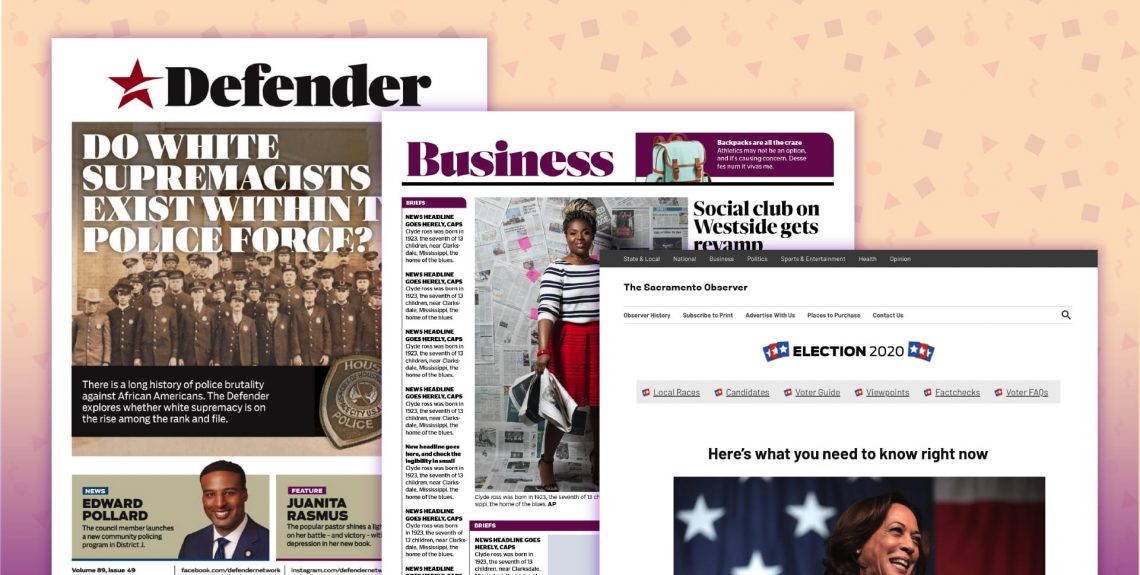 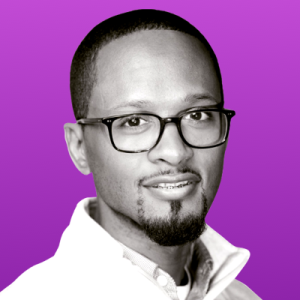 When asked about my line of work, I usually call myself a visual journalist. But there’s so much more to the story. My days actually involve navigating between three minds: the journalist, the technologist and the designer. It’s the intersectionality of the all three that make up the fun and exciting world that I call my career. Beginning this week, I’ll be branching further into each respective discipline with the launch of Get Current Studio.

Ethnic media publishers — particularly legacy publishers — have long been in need of a partner. A real partner. One who has extensive journalism experience, technical knowledge, and a deep appreciation for their mission. That’s what they will find in Get Current Studio.

The Desire for Improvement

Journalism, technology and design are different industries with a common challenge. Each has struggled with representation long before I ever reported a story, wrote a line of code or designed an editorial spread. Despite evidence of how few people of color work in each, I remain decided on making a living of all three.

Shaping user experiences in journalism is exciting and rewarding work, though my tribe in each space can attest to how lonely a job it can be. I recognize legacy ethnic media publishers have been experiencing a similar feeling.

Lack of representation in the media was a driving force for applying to the John S. Knight Journalism Fellowships at Stanford. I wanted to better understand why ethnic media publishers were so far behind the industry’s technological curve. In some respects I understood the challenge because even I had struggled to keep with the pace of change at one point in my career.

Ethnic media publishers had been left out of conversations about the future of journalism. Most have been navigating in survival mode. Some reports raise questions about their relevance and ability to survive through economic pressure. As I independently evaluated the state of the Black Press and HBCU media studies programs, my learnings made me anxious to cite the issues, yet careful of being too critical in addressing the plight of institutions I care so deeply about.

One of the biggest challenges they face are their very own technical service providers. Agencies have done legacy media publishers a complete disservice in playing host to antiquated technology and run of the mill formats. Their platforms do not resemble many of the technological gains of the industry. At Get Current Studio, we’re redefining what it means to truly support these publishers to evolve with the times while being value focused and price conscious.

Rather than telling another story of the pitfalls and challenges they face, I focused on considering what I could do to make a difference. An agency approach to digital transformation, I have found, is a great way to literally become an agent of change amongst this very specific group.

A Bounty Of Support

The pandemic has been and still is a major cause for concern. We know it has disproportionately impacted black and brown communities which might require more extensive reporting by these publishers to meet the information needs of their audience in times of crisis. Ensuring that ethnic media publishers remain sustainable during these challenging economic times is imperative.

Luckily, it’s not all doom and gloom. In fact, the tide is changing in exciting ways. They are now seeing varying forms of support from several avenues of the journalism industry, and that is something to celebrate.

These are just some of the many efforts that focus on small, local, minority-led and ethnic media publishers. Initiatives like these and others fall squarely in line with the need to make new industry knowledge, insights and resources more equitable and widely understood.  This also falls in line with Get Current Studio’s mission. Our focus is delivering a baseline CMS technology stack that enables ethnic media publishers to explore new opportunities in audience growth and reader revenue.

Amidst the upswing of things to be excited about for legacy media publishers, Get Current Studio wants to ensure that you all have a place that identifies your undeniable value in your local marketplace while bringing global resources that will cement your place in the media landscape for the future.

We honor your mission and your business, and we look forward to helping you serve your audiences in new, exciting — and dare I say innovative — ways.